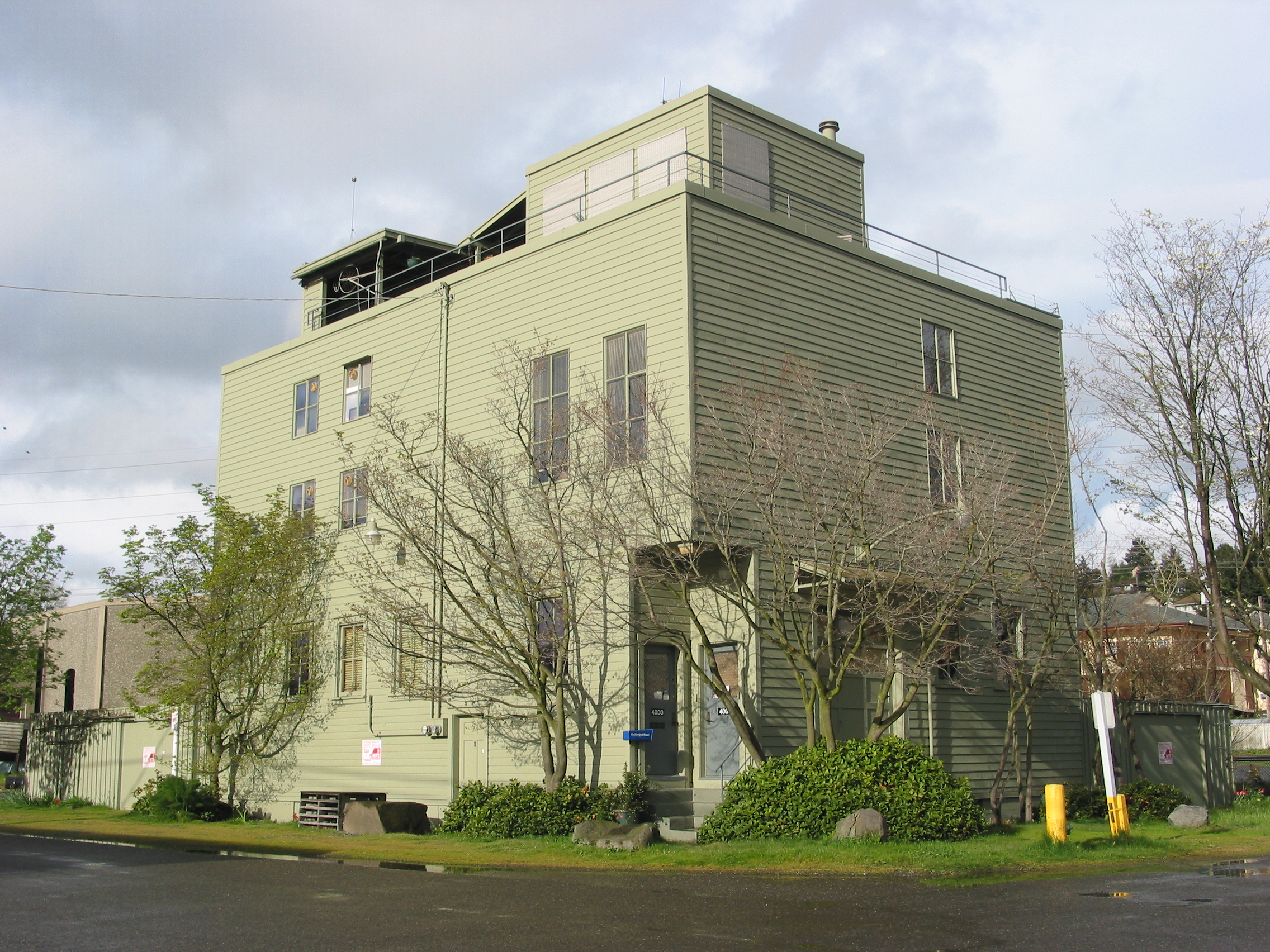 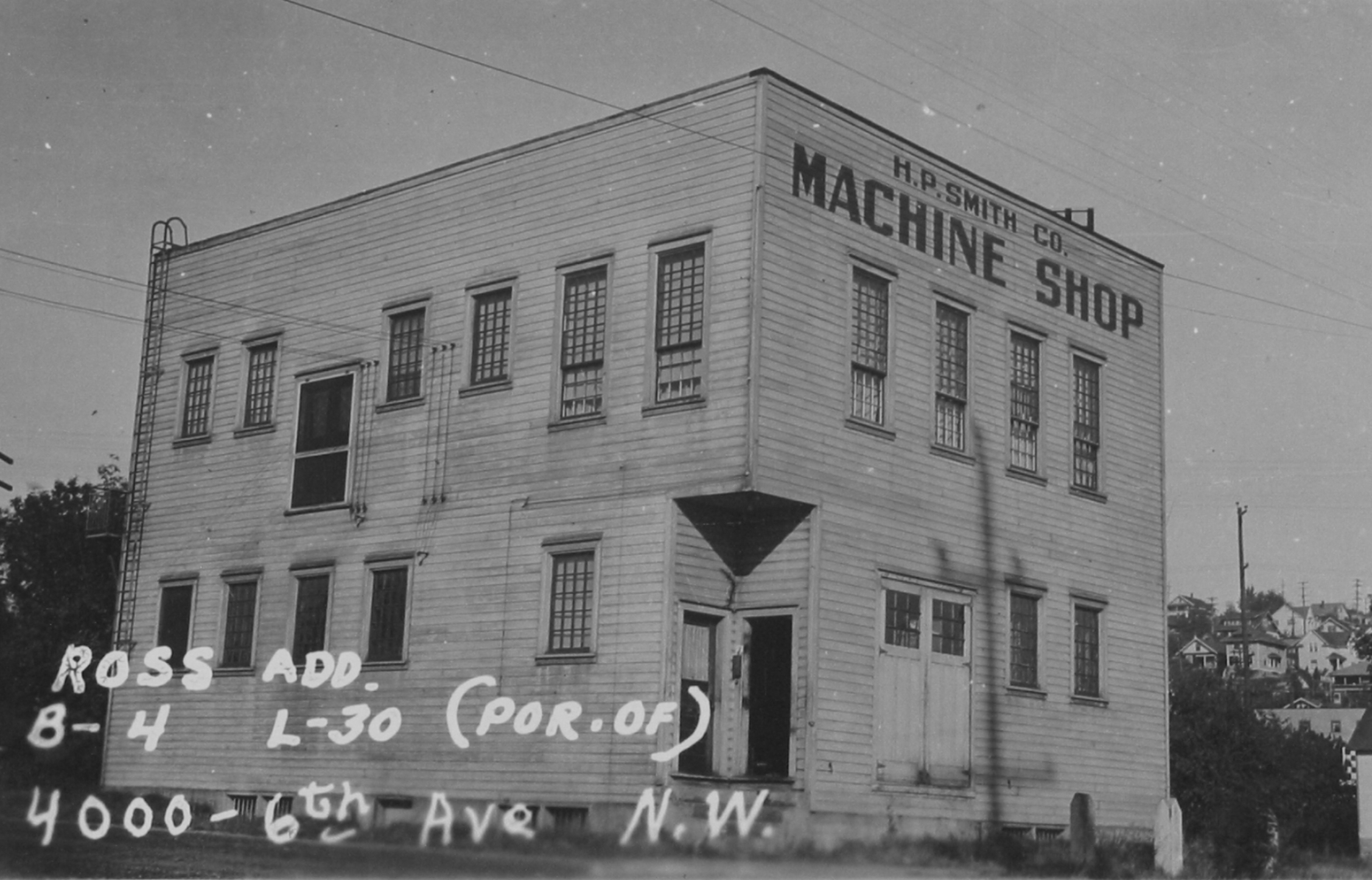 Mr. Nasmyth discovered the building in 1963 as he was riding his bike on 6th Ave, which was then a gravel street. At the time, he was living on a barge at Fremont Dock and frequently rode his bike around the area.  Since he had always wanted to live in a small commercial building with a designated place for an owner-occupied apartment, he fell in love with the building at first sight and enjoyed the relatively “rural” setting.

A few days later, he discovered that the building was for sale, and bought it for $9,500. The structure was sound with the original oil-soaked wood floor on the ground level, but with broken windows throughout.  It needed new wiring and plumbing upgrades, as well as interior finishing, new heating, and a new roof. Although it was in disrepair, he and his wife moved in, added a third story, did the repairs, and added new window sash throughout, to make it suitable for living. At one time the artist Richard Gilkey used the first floor as his studio, and Nasmyth’s wife, Rothwell — also an artist – now uses it as her studio. They recall that when they moved into the building the surrounding area was a place of high crime due to the lack of lighting. They were the only residents that side of the railroad tracks in Fremont.

In the early 1930s, a University of Washington professor and his family occupied the 2nd-floor apartment. They planted vegetable and flower gardens still in evidence today.

Nasmyth and Rothwell proclaim that there is nothing they don’t like about the building.  They think it’s magical to live in the middle of marine-related activity. It is constantly entertaining to watch ocean-going tugboats and barges that are being built and launched within a few steps of their front door.