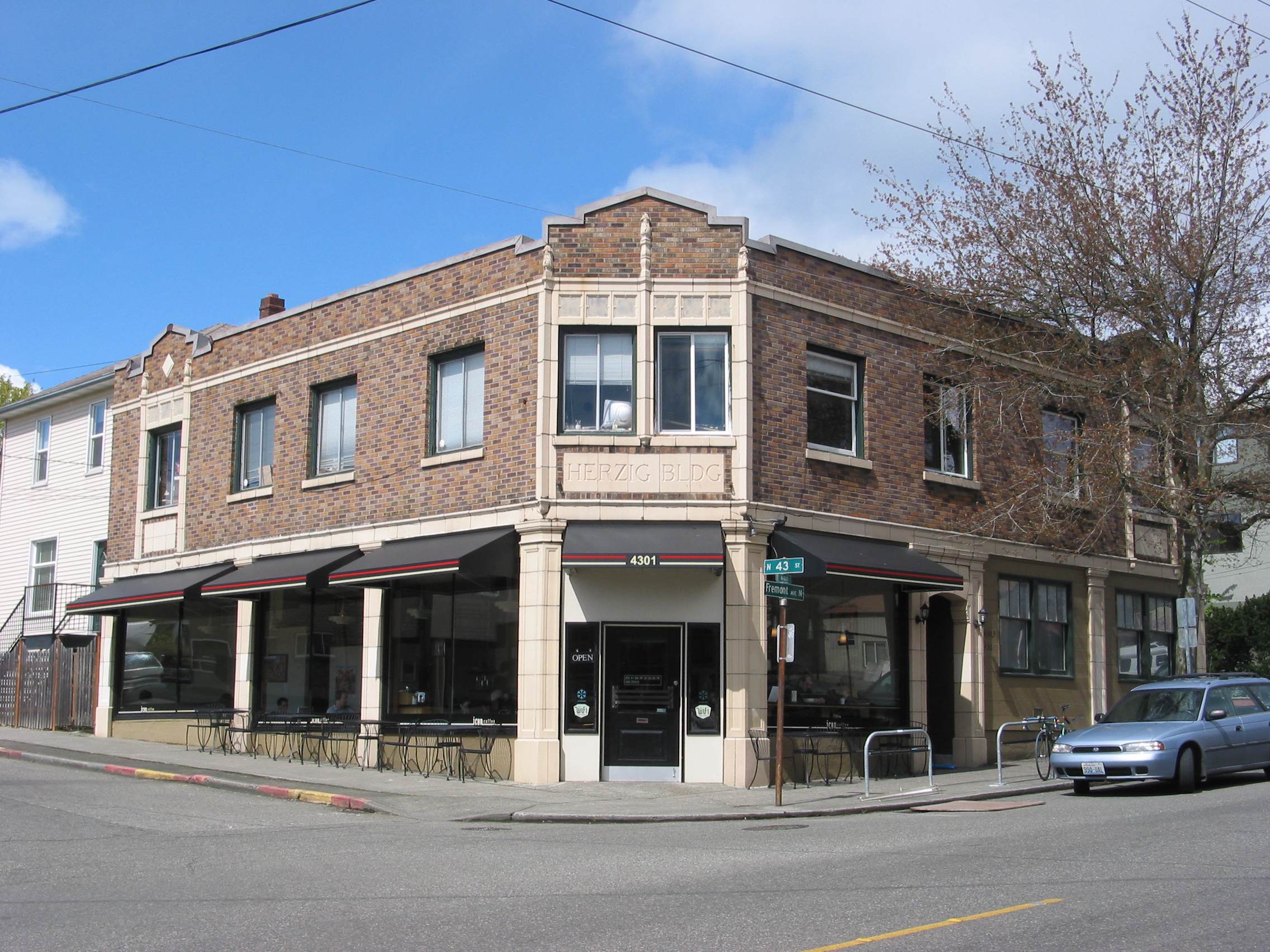 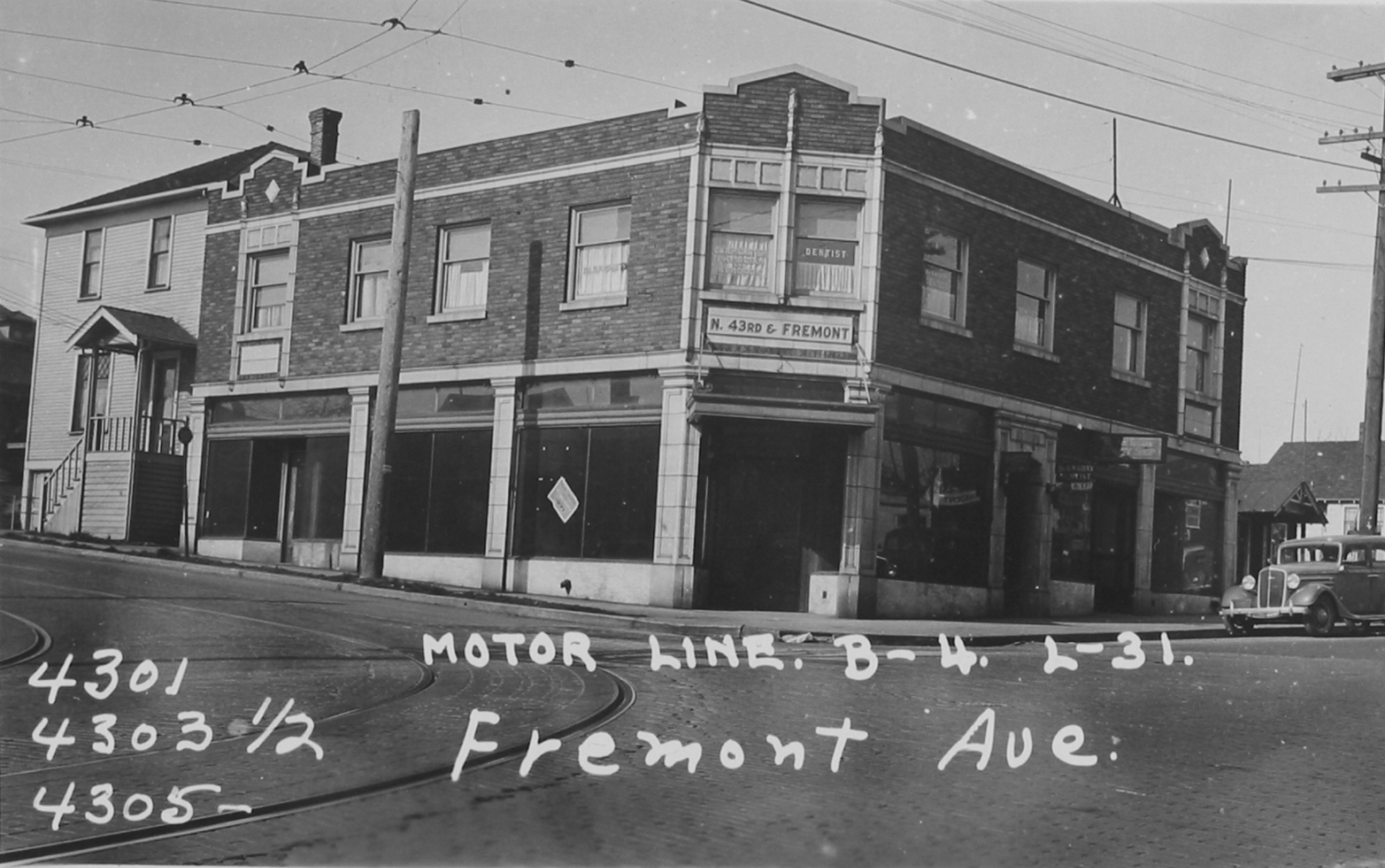 Clay Gatens bought the building in December 2004 because he likes the “independent” feel of upper Fremont and brick buildings built in the 20s and 30s. When he first saw the building in 2000, the storefront windows were blocked with a reflective coating and the building looked non-welcoming. He envisioned a coffee shop there instead, as a better use.

Mr. Gatens received guaranteed lease offers from Quizno’s and Subway for the primary commercial space, but turned them down. He contacted independent coffee businesses to see if they wanted the space but none did. He decided to build one himself. He removed the reflective coating from the storefront windows and replaced glass that had been badly etched, painted the trim, installed awnings and signage, re-pointed the mortar and reinforced the parapet. He re-framed the entry, removed a rusty old air conditioner and installed a reclaimed store door. He gutted the primary commercial space to the studs and rebuilt it. He updated the electrical and plumbing systems, refinished the floor, installed an HVAC system, and added a bathroom. He emphasized sustainable and reclaimed materials the construction of the cafe.

When asked what he likes or dislikes about the building, Gatens answered that he likes its aesthetics the most, particularly the brick, but that the maintenance of it is what he likes the least. He also does not like that the building is not energy efficient. He said he has tried to be sensitive to preservation while incorporating newer materials.