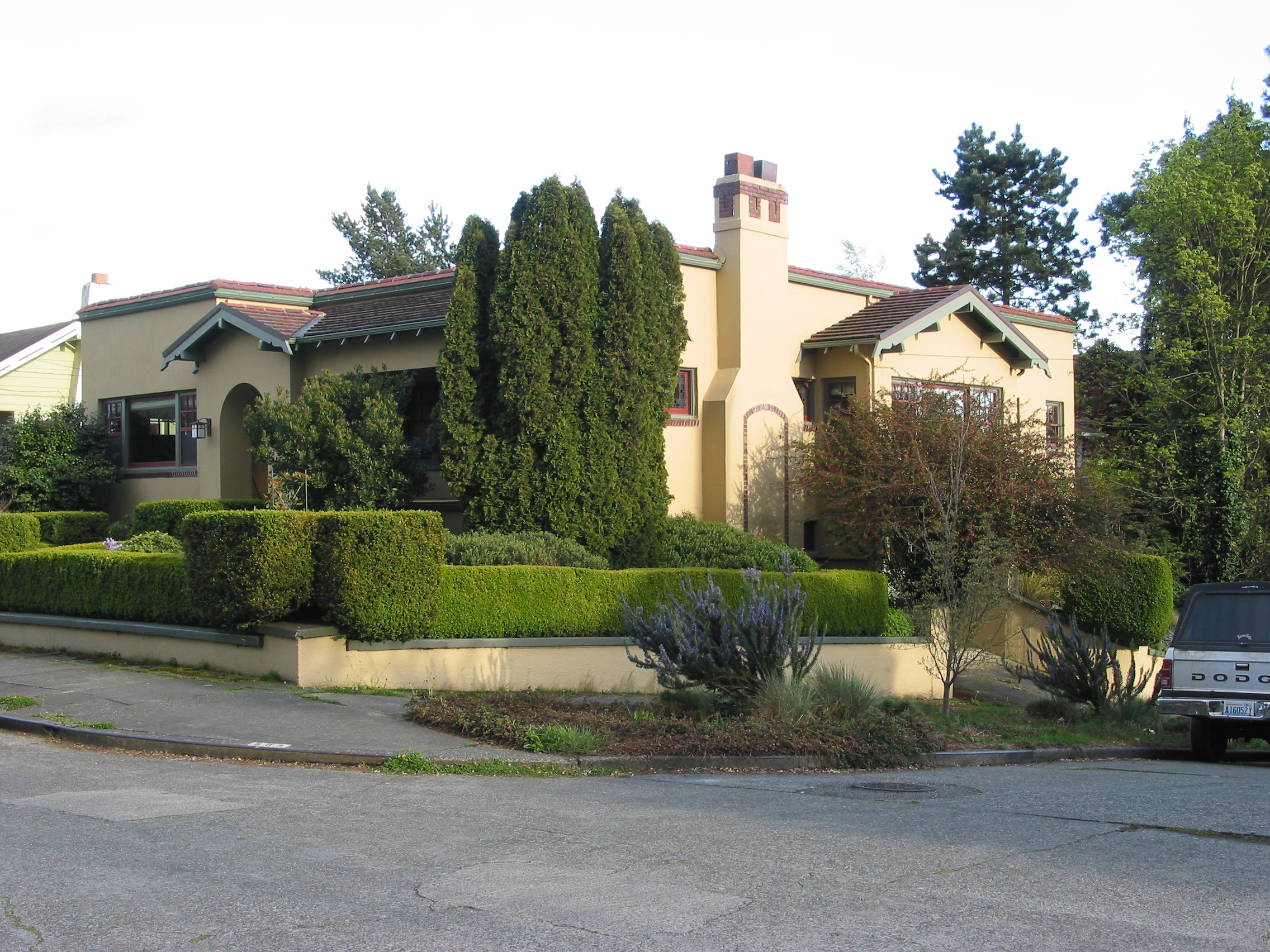 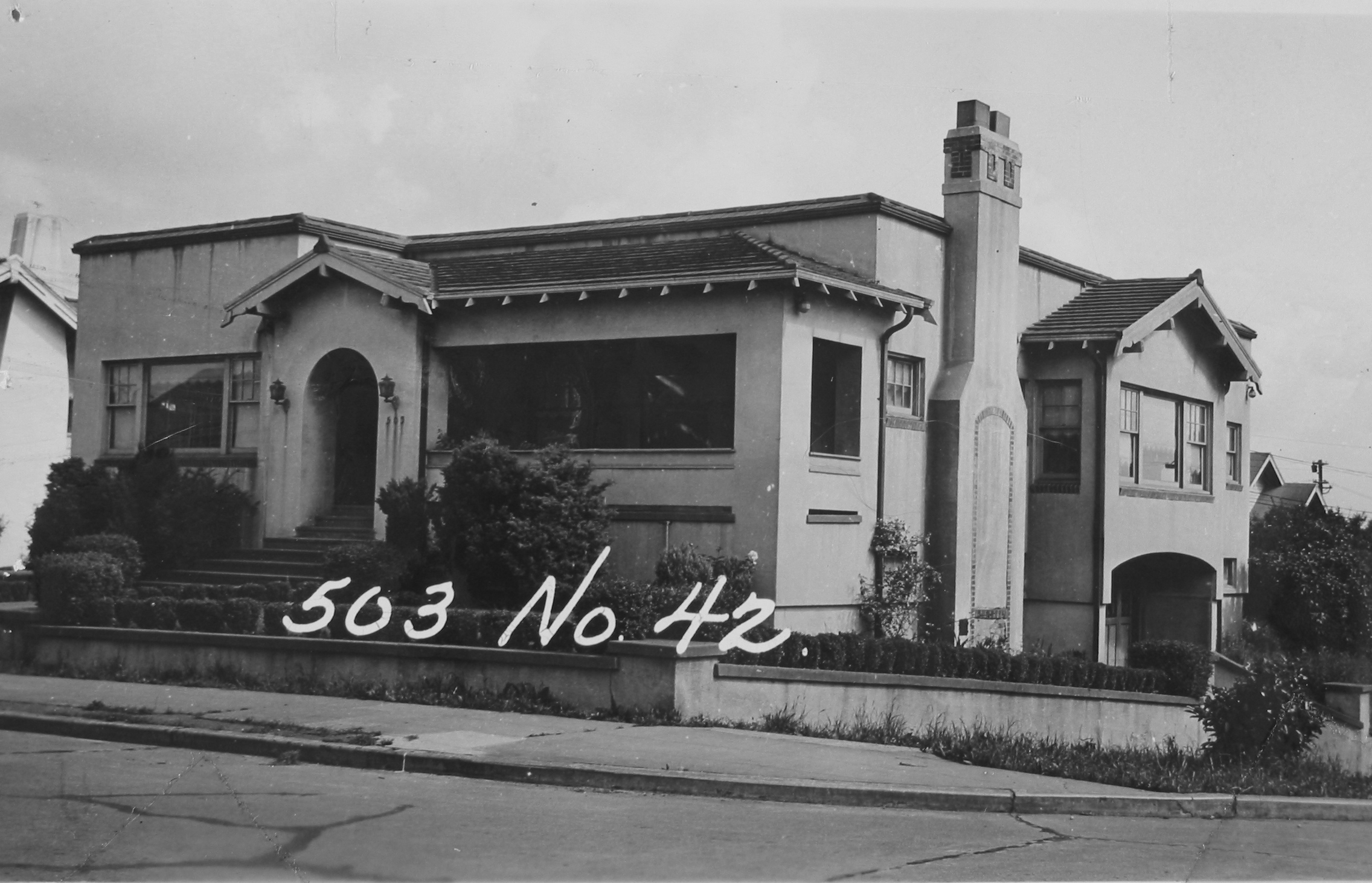 Upstairs, the rooms and interior doors of the house are oversized, giving it an early 20th-century elegance – the “best house on the block” in 1937 records. On the lower level, behind the garage, is what appears to be a ballroom. With about 1250 sq. ft., the L-shaped room has maple floors throughout. The short side of the “L” has a tiled fireplace and built-in bookcases. A small adjoining room has a walk-in safe. There is a bar in the room and, at one time, it also had a pipe organ.

According to neighborhood folklore, the house was used as a “speakeasy” during Prohibition. Realtor Carl Thorgerson has researched the house and learned some interesting details of its history. King County Assessor’s records list the house as built in 1916, but Thorgerson found that the lot was still vacant in 1921, and a building permit was found from 12 March 1924, four years after Prohibition went into effect. The builder, Celdon F. Martin, was a general contractor, and president of the Seattle Construction Company and the Lynyale Holding Company.

A neighbor told the current owners that his uncle had seen the speakeasy in operation and they also heard that the builder was part-owner of Soleduck Hot Springs on the Olympic Peninsula, known as a drinking haven during Prohibition.

Newell and Kipling like the spacious rooms in their house and are intrigued by its “speakeasy” history.